So we’re going to try to find out a little bit more about what these are, how they work. And joining me now to talk more about it, an expert on the topic, we have Connor Borrego joining us.

Connor, how are you doing this morning?

I’m doing great. Good morning, how are you doing?

Doing really good. I’m glad that it’s Friday, so I’m ready for the weekend. I hope you’re staying cool out there. I know it’s been really hot here in Memphis, but yeah, I want to know more about NFT’s. I don’t know anything about it. So can you kind of give us maybe an overview of what exactly this is?

Yes, absolutely. That’s a great question and I know this is on a lot of people’s minds right now. So NFT stands for non fungible token. And once you get past the super cumbersome name, it’s actually a super simple concept.

It’s a serial number for a piece of information that lives on the internet so that you can decide or you can track who owns that piece of information, whether that’s a video or an image or a different piece of content online. And because it’s identifiable, that’s why we’re seeing a lot of people collecting them now and using this as an alternative investment.

I’ve seen local artists that actually have sold NFTs, but can we talk a little bit more about some of the different ways that they are being used?

Absolutely. So a lot of the ways that NFTs are being used today around these collectibles, so you’re seeing artists collections, you’re seeing essentially membership passes to online clubs and communities where the NFT acts as your password to get into the club. We’re seeing NFTs for different video game components so that you can buy and sell different components for your avatar within the video game. And then we’re also seeing NFTs being used in more of a notary kind of manner where people are recording ownerships of different tangible goods and items in real life to the blockchain so that it can be publicly documented elsewhere as well.

I think a big question for a lot of people though, is this safe? Is this secure? What can you say about that?

So when it comes to nonfungible tokens, because they’re utilizing blockchain technology, the information itself that is being stored is incredibly secure and private. However, because of the password management system that’s required to use NFTs, it can often be a more complicated process for users presently.

And so because of that, we see a lot of things that are hard to do in the internet today. Like phishing attacks kind of existing in the same way in the blockchain Internet.

So when it comes to utilizing NFTs in the blockchain, it is still kind of in the spot where consumers might not feel entirely comfortable using the technology yet, but there are fantastic softwares that exist to help consumers get started, like Coinbase.

This is really interesting. What about how NFTs transform digital platforms and work with content creators? Because there’s so many people that are all about that content creation these days.

So that’s my favorite question and I’m glad you asked it because that’s where we’re focusing on working. But to answer it, basically, if you think about the way that the Internet economy works today, it’s propped up on user data and all of that user data is tied to their engagement with individual media properties like videos and pictures and whether or not they comment they like or other activities that they do with other users online.

And those activities inform advertising algorithms that show ads over top of different content and media placements.

So NFT present a new opportunity to content creators to get a larger share of the advertising revenue for the media properties that they are sharing with their fan bases and that are driving these valuable engagements for different online platforms.

Connor that’s super interesting, especially for the marketing industry. And whatnot and this is just a random question because obviously I’m learning more about this today, but has there been some controversy surrounding these in some way? And what is that controversy? What is the controversy that people are maybe speaking out about?

Yeah, so when it comes to non functional tokens, this is more of a larger issue within the blockchain industry than specific to NFTs. But because you can be entirely anonymous when you’re buying and selling these things, oftentimes these NFT projects will be a form of kind of bringing communities together to solve a problem. And the creators of those projects are not always as genuine as their projects appear and so they might take the funds and run away. And so that has happened several times to some very high profile projects. And I think that might be the controversy that you might be talking about.

And when it comes to bad actors in the space, you have to be very careful and do your due diligence when it comes to making decisions about different collectibles that you’d like to add to your portfolio.

But one of the things that I always think that is super useful to know is looking into the background of the people who are building these projects before you make any purchase. It’s not a foolproof plan, but it is one of the many ways that you can keep yourself safe is actually knowing who the people are behind the various projects.

Connor and like you said, with anything, there’s always going to be those bad actors. So, NFTs, what about data privacy ownership? Monetization? I think you’ve touched a little bit on this, but can you elaborate a little bit more?

Absolutely. So if you think about the way the Internet works today, which I know people might not be so familiar with because I have a very technical background, but it is centralized cloud server databases, which, again, a lot of buzzwords there. But what that just means is that a handful of companies have all of the data that powers the Internet in a handful of locations. And just because of that centralization issue, we see servers going down. Sometimes Netflix won’t work. Sometimes Slack or Twitter won’t load. And that’s oftentimes because they’re using a cloud service like Amazon or Google. And not to say that there’s anything wrong with those technologies, but this is one of those ways that we can remove essentially the storage of that data from their warehouses back into the user’s hands. And by doing that, it also empowers the users to decide whether or not they share pieces of information with the rest of the Internet. And if they do, like I was saying earlier, it could provide them a way to be cut in onto the monetary value of the breadcrumb trail of data that they’re producing across the Internet that we already know has value to the advertising industry, as well to other industries that rely on this data for economic forecasting.

Super interesting. And I’m learning a lot, and I like the way that you explain it because it’s in a way that’s easy for people to understand. So, Connor, before we let you go, anything else you want to hit on?

We’re very early in the space. There’s a lot of people out there building right now. I think we’re going to see some really strong projects come out of this, and I’m really excited for the next six to 18 months within the blockchain and NFC space. So stay tuned, I guess.

Well, Connor Borrego, I appreciate you taking some time to talk more about this, helping inform our viewers and myself.

And you have a great rest of your morning.

All right, you as well.

Thank you so much for having me on. 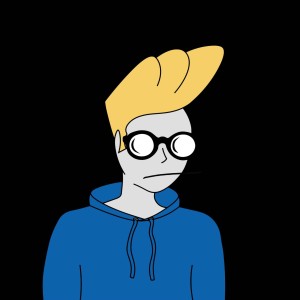 Opt-In To Whatever Comes Next